“…….. Here, we argue that many of these types of missing data represent large and stunning gaps in our knowledge of biosafety and argue that these missing data, once acquired via primary research efforts, would improve biosafety risk assessments and could be incorporated into biosafety practices to reduce risk of accidents. Governments invest billions in biological research; at least a small fraction of this support is warranted to prevent biological accidents.”

Developed by oncologist Nickolas Papadopoulos at the Johns Hopkins Kimmel Cancer Center in Baltimore, Maryland, and his colleagues.

“A NEW blood test that can screen for eight common cancers is set to save millions of lives. The medical breakthrough will enable doctors to identify cancers in the early stages — before they’ve had the chance to spread throughout the body…..”

CancerSEEK is able to “uncover fledgling cancers in about 70 per cent of cases, and up to 98 per cent for some types”.

It screens patients for ovarian, liver, stomach, pancreatic, oesophagus, colorectal, lung and breast cancers — some of which are particularly hard to diagnose early on.

Pancreatic cancers, for example, do not show symptoms until it’s advanced, meaning that 80 per cent of cases are not detected until too late.

Why Today’s Scientists Don’t Need to Use Their Mouths

by Meredith Wright Reproduced From The Incubator

“My labmates and I recently found ourselves discussing mouth pipetting, an old technique where researchers 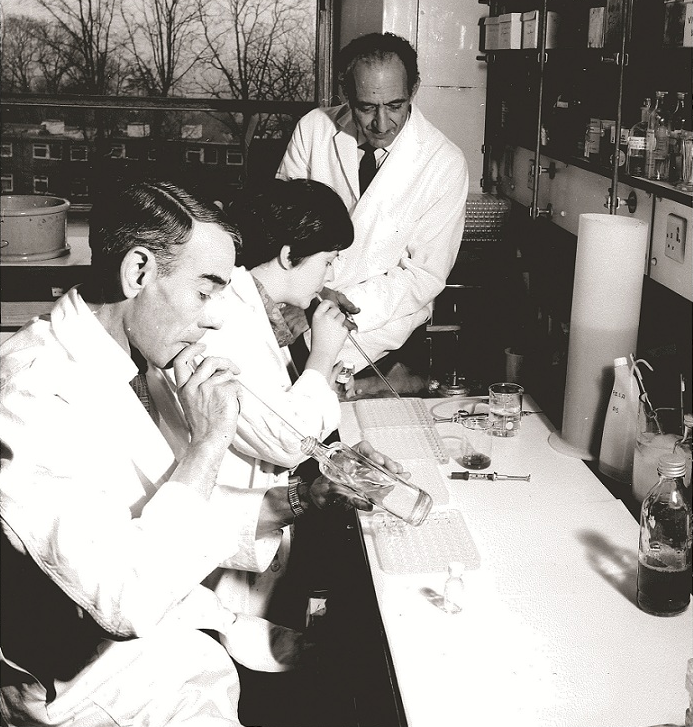 “The earliest pipettes date back to the 18th century, when French chemist, pharmacist, and inventor Francois Descroizilles developed the berthollimetre and alcalimetre, early precursors to the buret and pipette, respectively …….. Joseph-Louis Gay Lussac later made slight modifications on Descroizilles’ work and coined the terms ‘buret’ and ‘pipette’ in 1824 ……. These early works appear similar to the graduated cylinders or serological pipettes found in a lab today, consisting of a simple tube with measurement markings.”

“It would appear the design of pipettes did not change drastically for quite some time…  A survey of 57 labs in 1915 found that 47 infections were associated with workplace practices, and more than 40% of those were attributed to the practice of mouth pipetting. …..   Schnitger developed his first prototype …. His early pipettes featured the same basic elements that we find in today’s labs; a piston-driven pumping system, a spring against the piston for defining pipetting volume, and an air buffer to keep fluids from corroding the inner workings of the pipette. ….Schnitger filed for a patent in Germany in 1957, describing a ‘device for the fast and exact pipetting of small liquid volumes.’ The patent was granted in 1961.

“While the Marburg pipette spread through Europe at the hands of Eppendorf, Gilson Inc. in the United States made their own model to market in the U.S. This model, patented in 1974 and developed primarily by Warren Gilson and Henry Lardy, is most notable for being adjustable, in contrast to Schnitger’s fixed volume pipettes. This Gilson model, bought by Rainin Instruments

just before the patent was issued, is the most direct ancestor of the Pipetman that you might find on your own bench today. Different sources give credit for the first micropipette to Schnitger or Gilson, with many ignoring the other, and one accusing Gilson of ‘exploiting loopholes and weaknesses in patent law’ to copy Schnitger’s work. Regardless of who the first true inventor of the pipette was, there is no arguing that the pipette has become invaluable to modern molecular biology. The design has been tweaked over decades by scientists around the world, with additions made to make the device easier to handle while wearing gloves and the development of the multichannel pipette. Much like scientific knowledge itself, the pipette has evolved through the work of researchers building upon the genius of those before them……”

Applications are welcomed from trainees and new investigators from all countries active in the Pan-American Society for Biochemistry, including Spain and Portugal.

(1) Creating the conditions to support students officially enrolled in Graduate Programs from countries active in the Pan-American Society for Biochemistry to spend short stays (1-6 months) in the laboratory of a scientist affiliated with ASBMB, in order to develop part of his/her dissertation research work. The number of awards made per year will depend on the availability of funds.

(2) Creating the conditions to support postdoctoral fellows and new investigators from countries active in the Pan-American Society for Biochemistry (not more than 5 years past postdoctoral work) affiliated with PABMB (via their corresponding national societies) to work for 1-6 months in the laboratory of a scientist affiliated with ASBMB.  The purpose of the support is for the fellows or new investigators to carry out experiments that require special techniques or expertise, or for other forms of scientific collaboration or advanced training.  The number of awards made per year will depend on the availability of funds.