Recollections in relation to death, so-called out-of-body experiences (OBEs) or near-death experiences (NDEs), are an often spoken about phenomenon which have frequently been considered hallucinatory or illusory in nature; however, objective studies on these experiences are limited.

In 2008, a large-scale study involving 2060 patients from 15 hospitals in the United Kingdom, United States and Austria was launched. The AWARE (AWAreness during REsuscitation) study, sponsored by the University of Southampton in the UK, examined the broad range of mental experiences in relation to death. Researchers also tested the validity of conscious experiences using objective markers for the first time in a large study to determine whether

Results of the study have been published in the journal Resuscitation (see Science Direct) and are now available online.

Dr Jerry Nolan, Editor-in-Chief of Resuscitation, stated: “The AWARE study researchers are to be congratulated on the completion of a fascinating study that will open the door to more extensive research into what happens when we die.”

Conclusions of this study:

• The themes relating to the experience of death appear far broader than what has been understood so far, or what has been described as so called near-death experiences.

• In some cases of cardiac arrest, memories of visual awareness compatible with so called out-of-body experiences may correspond with actual events.

• A higher proportion of people may have vivid death experiences, but do not recall them due to the effects of brain injury or sedative drugs on memory circuits.

• Widely used yet scientifically imprecise terms such as near-death and out-of-body experiences may not be sufficient to describe the actual experience of death. Future studies should focus on cardiac arrest, which is biologically synonymous with death, rather than ill-defined medical states sometimes referred to as ‘near-death’. 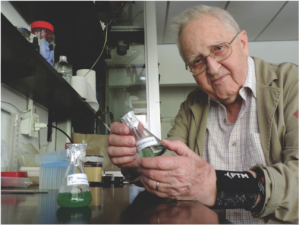 Too Much to be Nothing? Data Manipulation!

(March 24th, 2015) Already at an early age, Olivier Voinnet had achieved star status among plant biologists – until suspicions arose last year that more than 30 of his publications contained dubious images. Voinnet’s colleagues are shocked – and demand an explanation.

Several months ago, a small group of international plant scientists set themselves the task of combing through the relevant literature for evidence of potential data manipulation. They posted their discoveries on the post-publication peer review platform PubPeer. As one of these anonymous scientists (whose real name is known to Laborjournal/Lab Times) explained, all this detective work was accomplished simply by taking a good look at the published figures. Soon, the scientists stumbled on something unexpected: putative image manipulations in the papers of one of the most eminent scientists in the field, Sir David Baulcombe. Even more strikingly, all these suspicious publications (currently seven, including papers in Cell, PNAS and EMBO J) featured his former PhD student, Olivier Voinnet, as first or co-author. 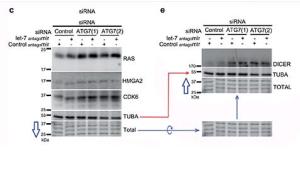 ABSTRACT SUBMISSION DEADLINE has been extended until April 30, 2015.

More information in General Information  or on the website www.ispp15.org